As we are in 2016 and eagerly waiting for announcements regarding Gears of War 4, what do we know about it as of yet? We know there will be a Gears of War 4 Beta which will release to the general public at Spring (No official release date has been confirmed). Some of you may know from gaming social media sites, the release date of Gears of War 4 has been moved to Fall 2016 instead of Holiday 2016, meaning it could release between September to November (Again no official date has been confirmed).

Below here is a video (credit to SASxSH4DOWZ) who explains everything covered about Gears of War 4 at this current time. If you enjoyed the video, please subscribe to his channel for future content to come. https://www.youtube.com/user/SASxSH4DOWZ

If you would like to watch the replay of the broadcast, you can do so by clicking the image of the Gears eSports image below (Skip to 4:10:45 for the start of the Developers Panel).

This seemed like a potential time to receive Gears of War 4 announcements. Needless to say, there was no confirmation of any announcements, leading to mean we will have to wait longer.

Most of you might not be aware on this but on January 27th 2016, it is the second anniversary since Microsoft has acquired the rights to Gears of War from Epic Games. It’s another possible date we may receive Gears of War 4 announcements from The Coalition. This isn’t certain so please keep your eyes peeled on the official Gears of War Twitter, Facebook, Reddit etc etc for all the latest Gears of War information to follow.

New update: The next issue of the OXM will release January 15th 2016 which will feature a page(s) of Gears of War 4. It won’t contain announcements but will feature an in-depth discussion about the Teaser Gears of War 4 Gameplay shown at E3 2015. Below is the page featuring Gears of War 4 that will be in January’s 2016 Issue of OXM. It turns out there is an 18 page article about Gears of War (not all pages are aimed at Gears of War 4). Click the page below for the full article. 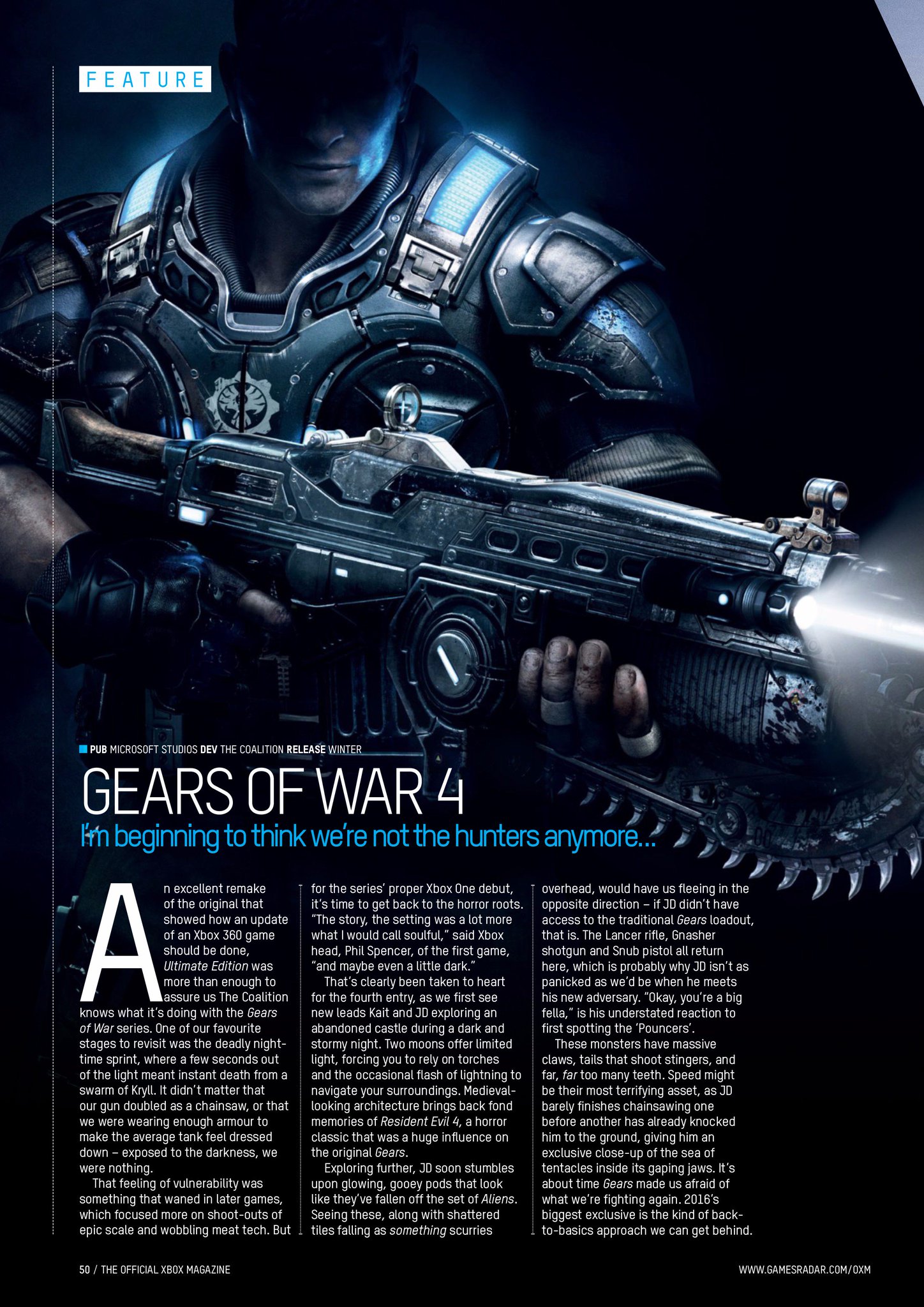 Does Something Really Need To Be Done About Map Rotation?

Job Board Confirms “Upcoming Title” in the Gears of War series.

ABOUT US
FOLLOW US
©
Go to mobile version
Skip to toolbar